What happens to Nude Underwear Models??

Two days back my husband K, Aarav and I were travelling to somewhere when we had to wait for 60 secs for a traffic light to turn green.. Now Aarav has this habit of giving spontaneous uncensored commentary on everything that happens around him. Most of what he says can now be understood by strangers even, which leads to funny discussions.. Especially since he seems to notice things that we very easily miss or want to miss. He's got the eyesight of a hawk, that boy!!

With the car window open and Aarav looking outside, he spotted the gigantic billboard where they put up a new poster of a underwear male model, sprawled across a couch in all his god made glory showing, sporting a tiny triangle. I was sure that this would be embarrassing so I tried to roll up the window but Aarav was in no mood to be censored.

And so he peeked out the window, pointed to the only red color in that billboard and shouted - "Aai, aaai. Baba, aa baba te bagh!!  To dada shame shame ahe!!!!" (Mom, dad look!! That guy is nude!!)

By now every one at the traffic light was staring at us and enjoying the conversation.

Aarav, "khoop daas chavel" (lots of mosquitoes will bite!)
And once the fate of the nude model was decided and declared to the world, he sat down again...

This was the reasoning we used to give him to curb his spurts of nudism. Thankfully, one little mosquito proved us true by taking a biteful of Aarav once, so he now very strongly believes that if you don't cover yourself, mosquitoes are sure to bite!!! And the more skin you show, the more mosquito bites you get!!

Yup, that's what happens if you choose a nudity based profession. Be ready to be devoured by mosquitoes!!!
Hilarious!! Even got a few laughs from strangers who agreed with the little toddler!!!

So now we have established what happens if you are a nude underwear model. You get mosquito bites. Lots of them!!! Truly, no jokes!!!

PS- This does not end here. As this is a very hilarious bloggable experience and a blog makes a great read if a photo is involved, I wanted to go back to the location and get a photograph. (Oh the things I do for you, blog readers!!!!)
But as that route is a very populated one and K's office is nearby, we end up seeing at least one of his colleagues every 9 seconds..

So I said to K - "I am not going to take photos of that nudey, would you please??" 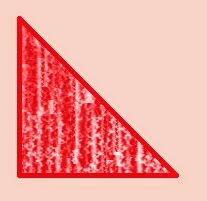 K - "You want me to park next to the billboard on my way to the office and take photos?? No way"

J - "Yes please. I would have done it, but you are so well known there that I don't want to be spotted there!!" And then I tried to convince better "because I don't want you to be famous in office for being the guy whose wifey was busy focusing her camera taking pictures of nude underwear models in red triangles!!"

I thought I won the argument. Alas!

Alas! So neither of us wanted to go stare at red triangles, this post will have to be compromised with no nude model!! Enjoy!!

Conversations and reasoning by the little toddler !!!