1 - Was Aarav the same person last week???
He just had a sudden explosion of speech identification... As if, he was waiting for few gamma rays to activate his identify-gene or something like that....
Well, we are happy.

He now understands and identifies the following...
.
.
.
2 - Environmental Sounds..
Aarav now signs environmental sounds as well.. The other day a bike zoomed across the window, on the lane near our house, Aarav signed that he heard the sound.
No, I don't think he was able to correctly identify it yet, but he DID hear it above all background noise and told us that too!!

Mandi ghal
Aarav prefers sitting in
W position (legs folded, but outside making a "W" shape).
So to make him sit properly, we have to remind him that he is supposed to sit with his legs folded properly.
We still have to tell him 5-6 times, and I think he understands the command more because we repeat it till he gets it.
He probably reads our eyes and body language..
But, Still. He does get it now.

Shee Shee (For something dirty) 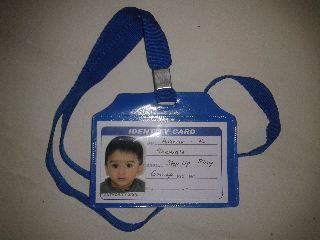 5 - Table Manners!!
We got him a new small table to start teaching him Table manners.. (and reduce the radius of flying food morsels, the center of which will now be the table hopefully...)
He sits on it dutifully to have a snack or to watch tv..

If I give him a plate of food to carry out from the kitchen, he carries it to the table, then drags his squeaky chair and then has his food. 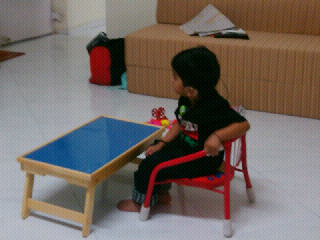 WOW.
That means less running around after Aarav for me...

I swear that it would be easy to feed a crazed hungry Lion than a crazed hungry Toddler!!
At least the lion would chase the food... here the situation is quite the opposite..

It is extremely difficult when the toddler firmly believes that every morsel has to be eaten only after running a 100 meter hurdle race with Mommy running behind him...


And when he does eventually get caught, he practices his Sumo-moves to either escape ..


And in occasions when I do win, He then masks his 'defeat-face' with a "Yea yea, I will eat, I am hungry anyway.." face and then analyses the food...

And if the said food morsel is the right combination of tasty looking bits put together, that suits his palate at that point of time, then and only then he will eat it..


And then again run for the next 100 meters hurdle race...
With me behind him again to monitor if he is chewing or just gulping down...

Who needs a gym session?
Dinner time used to be cardio enough.

And then with the new table.. less mopping the floor
And less picking up stray pieces..
And less work for me...

And with table manners came an added benefit??

A bit less ducking and avoiding the sudden spurts of loving-bear-hugs that he insists on.
Especially when his hands have just been dipped in something as dreadful as unremovable-stain-making-raw-mango-pulp, on which he takes a lot of effort to ensure that it seeps into my scalp, cochleas, nostrils, eyes, clothes and few more inaccessible regions....
Talk about inescapable love.

Sigh..
This blog post was due the very next tuesday, was never completed on time..
I have uploaded this 'as is' now, without any more additions..
I will leave you with a pic for now...
More later .... 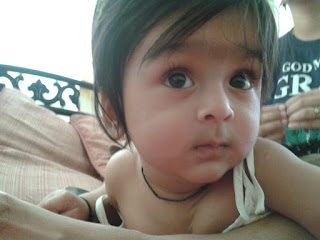 Email ThisBlogThis!Share to TwitterShare to FacebookShare to Pinterest
Labels: Aarav's pics, Being a Toddler.., Everyday experiences, Milestones, Step Up Daycare and Playschool, Switch on